Costamare chairman and chief executive Konstantinos V. Konstantakopoulos was named Greek Shipping Personality of the Year for 2021 as the Lloyd’s List Greek Shipping Awards made a return as an in-person dinner event after the 2020 Awards was held successfully as a ‘virtual’ event online.

Nicholas H. Vafias was honoured with a Lifetime Achievement Award while other major individual awards went to shipowners Gianluigi Aponte and Aristides Pittas, and to Amalia Miliou-Theocharaki.

An audience of 700 Greek and international shipping personalities gathered at the Athenaeum InterContinental hotel for the event, the limit allowed as one of numerous precautions taken by the organisers with public health and safety in mind.

In a welcome address, Minister of Shipping & Island Policy Ioannis Plakiotakis offered his congratulations to the nominees as well as the winners of the 2021 Awards.

“Recognizing values ​​such as quality, entrepreneurship, innovation, [the Awards] promote Greece, the largest shipping power in the world and establish it as the pre-eminent international shipping centre,” said Mr Plakiotakis.

The minister added: “I can only express my happiness and satisfaction at the fact that one of the most important shipping events returns to normal conditions after almost two years of the Covid-19 pandemic.”

Organised by Lloyd’s List, the international maritime information provider that was established as a newspaper in 1734, this year’s Greek Shipping Awards struck a balance between celebration of the industry’s achievements and reflection on the pain and challenges caused by the coronavirus pandemic. Another theme of the evening that demanded reflection was the necessity of addressing the climate crisis – another huge issue in which the shipping industry is aligned in its concern with the wider world.

ClassNK, a longtime supporter of the event, was once again overall lead sponsor of the Greek Shipping Awards.

Hellenic Chamber of Shipping chairman George D. Pateras kindly presented a donation on behalf of the event organisers to ‘Argo’, the charity supporting children with disabilities in the families of Greek seafarers. 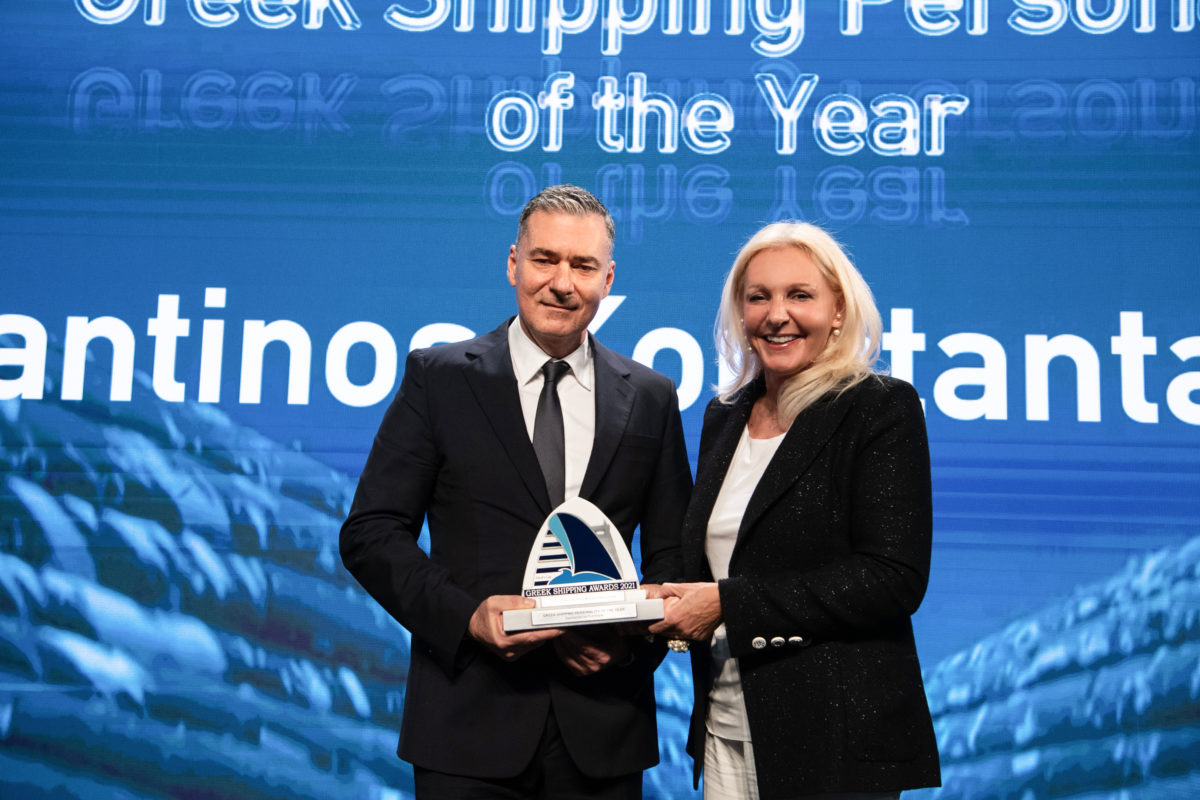 Amalia Miliou-Theocharaki won the New Generation Shipping Award, open to personalities of no more than 40 years of age.

The recipient of the Dry Cargo Company of the Year Award for 2021 was Seanergy Maritime, the Nasdaq-listed capesize bulker owner.

As Tanker Company of the Year the panel chose Arcadia Shipmanagement, a second win for the company in this category.

The judges chose Alpha Lines as Passenger Line of the Year.

Hellaschart Ltd won the Shipbroker of the Year Award.

The Greek Shipping Financier of the Year Award went to National Bank of Greece.

The Seafarer of the Year Award was won by Capt. Michail Makris, Master of the Seajets catamaran ‘Sea Jet 2’, for rescuing 18 passengers from the Aegean Sea after their yacht sank in August 2021.

Isalos.net was winner of the 2021 Education or Training Award.

The Ship of the Year Award went to “Transgas Power”, a floating storage and regasification unit delivered to Dynagas this year. The vessel is the first FSRU ever built in China.